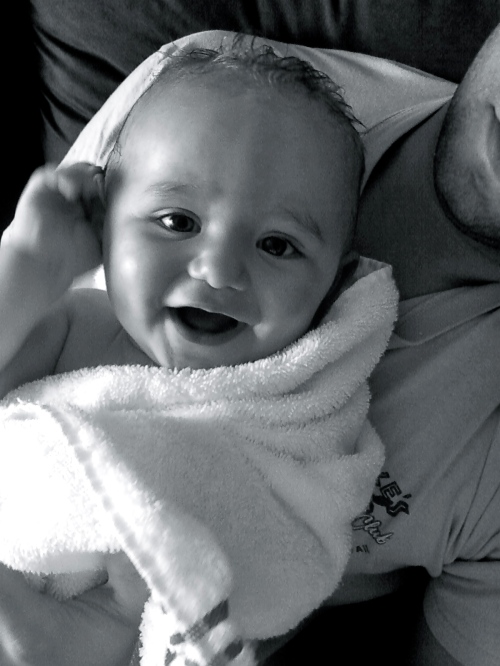 Today my baby turned nine months old.  It’s hard to believe that he has been in this world as long as he was cooking in my belly.

He is growing out of the newborn phase and really becoming a character.  Through his babbling, grunting, and laughing, Paolo is extraordinarily communicative.  Sometimes I imagine he is going to open his mouth and just start talking to us in full sentences.

Still not yet crawling, Paolo’s modes of independent transportation include running around in his walker (he rarely walks in it, usually he’s “running” as fast as he can), scooting backwards on his tummy, and rolling around the room.   I’ve become his taxi driver; I get “hailed” quite frequently,  and usually in the middle of meal preparation.  It is surprising that he’s not crawling just yet, as being on the move his is absolute favorite.

This past month has been quite busy, so it has gone by very quickly. But then again, what else is new?  The weeks seem to disappear at an alarming speed.   I can only imagine that next month will be just as quick.